Homepage » Blog » What Happens if You Violate Probation in California?

What Happens if You Violate Probation in California?

If you’ve been convicted of a misdemeanor or felony in California and have avoided jail or prison time, you’re likely on probation. It’s natural to wonder, “What happens if you violate probation in California?” But before delving into the realm of probation violations, it’s important to understand probation itself.

Probation can be one of the consequences of a misdemeanor or felony criminal conviction. After being found guilty of a crime – either through an admission of guilt or following a trial – the judge can sentence you to probation as an alternative to a full jail or prison sentence. Probation allows you to pay your debt to society while staying in your community and remaining under the supervision of the court.

The theory behind misdemeanor probation is that jails are overcrowded and jailing someone for a relatively minor crime isn’t in the best interest of society or the individual. Imposing probation in lieu of a full jail sentence doesn’t endanger the public, but does impose consequences on behalf of the victim and punish the person convicted of the crime while not completely destroying their life. In other words, the person convicted can be rehabilitated while also being punished. Essentially, it’s giving you a second chance.

Usually, a judge grants probation to someone who is convicted of a misdemeanor for the first time, as well as to juveniles who are convicted of misdemeanors. While penalties for various misdemeanors are set out in California statutory law, judges use sentencing guidelines to determine consequences.

Let’s say that Charlie is convicted of misdemeanor burglary, which is a violation of Penal Code Section 459. In all likelihood, the judge follows the sentencing guidelines, which call for a three-year suspended sentence, restitution to the victim, five days with the public work service program, a stay away order, and a suspended probation revocation restitution fine. What does this mean for Charlie? Charlie is required to be on informal probation for three years, during which time he can’t violate any other laws. He must pay back the value of the items he stole and a fine, and spend five days picking up roadside trash. In addition, he isn’t allowed to have contact with the person from whom he stole. He doesn’t have to pay the probation revocation restitution fine unless he violates the terms of his probation.

There can be other conditions of informal probation for misdemeanor convictions in Alameda County. Let’s say that Tamara is convicted of driving under the influence, that her blood alcohol content was under .15, and that it’s her first conviction. She is likely to receive a suspended sentence of five years, which means that she is on informal probation for five years. The conditions of her probation are that she can’t drive with any measurable amount of alcohol in her blood and that she must submit to a blood alcohol or drug test whenever a police officer requests it. In addition, she can’t drive without a valid driver’s license and proof of insurance, and can’t violate any motor vehicle laws while under the influence of or possessing alcohol or drugs. But that’s not all. Other conditions of Tamara’s misdemeanor probation are that she participates in a three-month alcohol education program and installs an ignition interlock system in her car.

If Tamara had a prior conviction for driving under the influence, then she still gets misdemeanor probation, but she also has to spend 96 hours in jail and between five and 30 days doing community service, depending on her blood alcohol content level. If there was a child under the age of 14 in the car when Tamara was arrested, she must spend another 10 days in jail. If she was going more than 30 miles per hour above the speed limit on the freeway, that’s considered reckless driving and will add 60 days of jail time to the terms of her probation.

Not Only for First-Time Offenders

While informal probation is almost always offered to those convicted of their first misdemeanor offense, those with prior convictions can also receive summary probation. For example, if you have an experienced Alameda County criminal defense attorney at your side, they can negotiate informal probation as part of a plea agreement with the prosecutor. The plea agreement may also include jail time, but not as much as the court would otherwise hand down as part of your sentence.

Probation isn’t automatically offered for felony convictions. The Alameda County Probation Department produces a probation report for the judge to review. The report makes recommendations about restitution, the length of probation, and the conditions of probation. The judge considers the probation report, along with factors such as the nature of the crime, the person’s criminal record, and the impact that prison or probation will have on the defendant’s family.

If you are accused of a felony, you need the help of an experienced Alameda County criminal defense attorney. Your attorney can make the case for why you should be granted probation instead of a prison sentence – and hopefully secure your freedom.

As with misdemeanor probation, felony probation can include a variety of conditions, such as restitution to the victim, participation in an education program, participation in community service, staying away from victims, and not violating any laws. Felony probation also requires meeting regularly – typically every month – with your probation officer, agreeing to warrantless searches, and any other conditions that the judge decides to impose.

Once you have successfully completed the terms of your probation, then you are most likely eligible to have your record for that offense expunged. With the help of a seasoned Alameda County criminal defense lawyer, you can ask the court to reopen your case. If your request is granted, the judge may set aside the verdict or allow you to withdraw your guilty plea and then dismiss the charge.

If you’ve been granted probation in Alameda County – or anywhere in California – then the judge outlined a variety of conditions for your probation. In the example above, Charlie’s conditions of probation are that he doesn’t violate the law, pays back the value of the items he stole, pays a fine, and spends five days picking up roadside trash. He also has a stay away order. Let’s say that Charlie loses his job and so doesn’t make his restitution payments, or that he’s arrested for and convicted on a different set of burglary charges. Either of those scenarios means that Charlie has violated his probation.

Typically, probation violations in Alameda County fall into one of five categories. Often, probationers don’t report to their probation officers or don’t appear at their mandated court dates. This can result in an arrest warrant being issued or in you being arrested. Other times, someone is able to pay restitution but simply doesn’t. Some probationers are required to submit to drug tests and either refuse to take the test or fail the test. Finally, some commit new crimes. 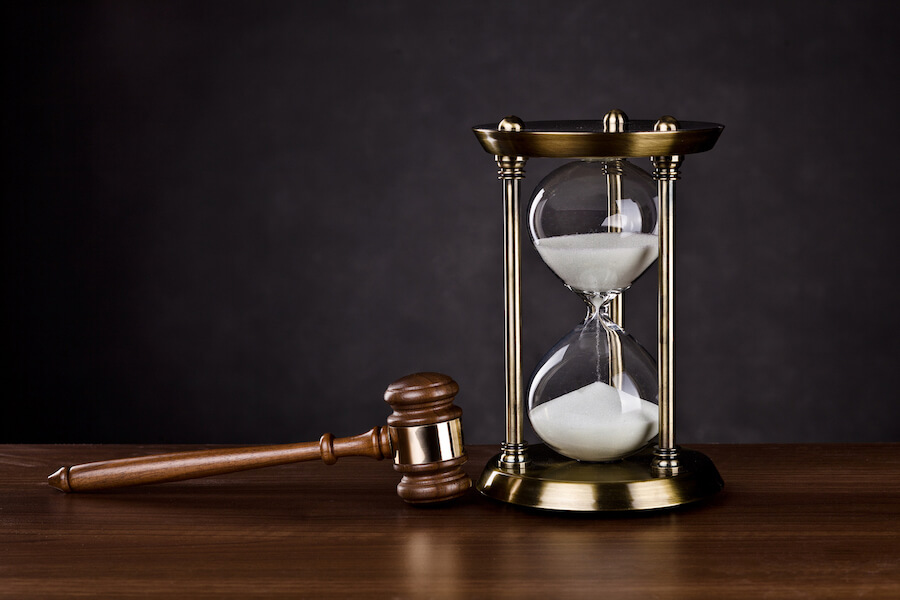 If you violate probation in California, you are entitled to a probation revocation hearing. There are many ways in which a probation revocation hearing and a trial are similar, but there are important differences as well. As with a trial, you are entitled to legal representation. It’s critical that you have an experienced Alameda County criminal defense attorney at your side, because the outcome of your hearing can mean the difference between freedom and incarceration. With the help of your Alameda County criminal defense lawyer, you have the right to call witnesses, testify on your own behalf, see the evidence against you, and present information about the reasons for your probation violation.

Unlike a trial, the probation revocation hearing takes place only in the presence of a judge; you do not have the right to be heard in front of a jury. In a probation revocation hearing, hearsay evidence is admissible. That isn’t the case in a criminal trial. In other words, you don’t have the right to ask questions of those who have given statements against you. Perhaps the most significant difference is the standard that the prosecution must meet in order to prove that you violated the terms of your probation. Instead of having to prove beyond a reasonable doubt that you violated the terms of your probation, the prosecution must simply prove by a preponderance of the evidence that you violated probation. That’s a much lower bar.