California has multiple sexual battery and assault laws that criminalize sexual misconduct. However, the prosecutor generally can decide whether to charge sexual battery or assault as a misdemeanor or a felony depending on the degree of the misconduct.

A wide range of aggravated forms of sexual battery, such as rape or sexual contact with a minor, is considered sexual assault. Other types of sexual misconduct, such as touching another person’s intimate body parts without consent, are defined as sexual battery.

Convictions within each category can lead to severe consequences such as fines, prison time, or sex offender registration.

While reading through sexual assault laws in California, remember that a criminal defense lawyer can help you with sexual battery and assault charges.

Do not hesitate to contact us at Silver Law Firm if you have been charged with sexual assault. Call us today at (510) 995-0000 to discuss your case and get expert legal advice from an experienced defense lawyer.

What Is Sexual Battery?

“Anyone who touches an intimate part of another person while they are unlawfully restrained by accused or an accomplice, and if the touching is against their will and is for the purpose of sexual arousal, gratification, or sexual abuse, is guilty of sexual battery.”

According to the law, an “intimate part” includes another person’s groin, buttocks, anus, female breast, or sexual organs. “Touching ” means making contact with a victim’s bare skin or through clothing. And “unlawful restraint” means restraining a victim by controlling their freedom of movement by your words or actions.

Sexual battery, also referred to as sexual assault, is a criminal offense.

While the terms are often used interchangeably, it sometimes creates confusion. Typically, sexual battery and assault are separate offenses in California.

Sexual assault is either an attempt to strike another person or placing them in fear of being struck by another when the offender has the present ability to commit the sexual act.

On the other hand, sexual battery involves touching someone against their will. The touching doesn’t have to cause injury to the victim, but it could be harmful or offensive.

Although sexual battery and sexual assault refer to the same crime, in California law, the term battery is used because touching another person in a sexually gratifying way or to achieve sexual arousal is the essence of the crime.

Is Sexual Battery A Misdemeanor or Felony?

Because the terms are often used together or interchangeably, our clients frequently ask whether the sexual battery is a misdemeanor or a felony.

While sexual battery sounds like a more severe offense at the outset, it is a misdemeanor offense. However, the battery can be elevated to a felony when there is an aggravating factor.

Sexual battery is a wobbler, which could be charged as either a misdemeanor or a felony.

California sexual assault laws under penal code  243.4 define sexual battery as touching another person’s intimate part against that person’s will and for the purpose of sexual arousal, sexual abuse, or sexual gratification.

Therefore, the basic crime of sexual battery as a misdemeanor offense  includes:

“Touching” another person- This means the accused made some physical contact with the victim, which may have been bare skin contact or through clothing. For a misdemeanor or felony sexual battery, touching does not necessarily require that the accused make contact with the victim’s bare skin. It could include physical contact made over the victim’s clothing. Additionally, sexual battery for a misdemeanor applies when the victim is the one touched. It doesn’t apply when the victim is forced to touch another person.

Against the person’s will:  Sexual battery crime occurs when the accused touches someone against their will. This means that the victim didn’t consent to the touch. Generally, a victim is considered to have given consent if the accused represented themselves untruthfully. A victim also does not legally consent if the accused used pressure on the victim or misled the victim to believe the touching was not sexual. Additionally, a heavily intoxicated or unconscious person cannot grant legal consent.

Touching another person for a specific sexual purpose: Touching is considered sexual assault when the accused touches the victim intending to cause sexual arousal, abuse, or gratification. Sexual gratification and arousal relate to the accused sexual pleasure. Sexual abuse means causing another person to suffer injury, humiliation, or pain. Intimidation is also another form of sexual abuse.

If you are facing sexual assault charges, working with an experienced lawyer can help you understand your case. Contact a top-rated defense attorney in California and get a review of your case.

Sexual Battery as a Felony

Sexual laws in California define several forms of aggravated sexual battery. The aggravating factors could elevate the battery charge from a misdemeanor to a felony offense.

Sexual battery is potentially a felony offense if the accused touches the bare skin of the victim’s intimate parts under the following aggravating factors:

The accused “unlawfully restrained” the victim: Sexual battery is aggravated and elevated to an assault when the victim is “unlawfully restrained.” Restraining another person means controlling their liberty or freedom of movement. A person’s actions, words, or authority can also be described as unlawful restraint if meant to deprive a victim of their freedom. Remember that the restraint is unlawful if the restriction is against the victim’s will.

Because the offense is a wobbler, whenever a sexual battery occurs under the above situations, the prosecutor can file it as a misdemeanor or a felony charge, or the court can reduce the charge to a misdemeanor if the defendant is convicted of a felony. 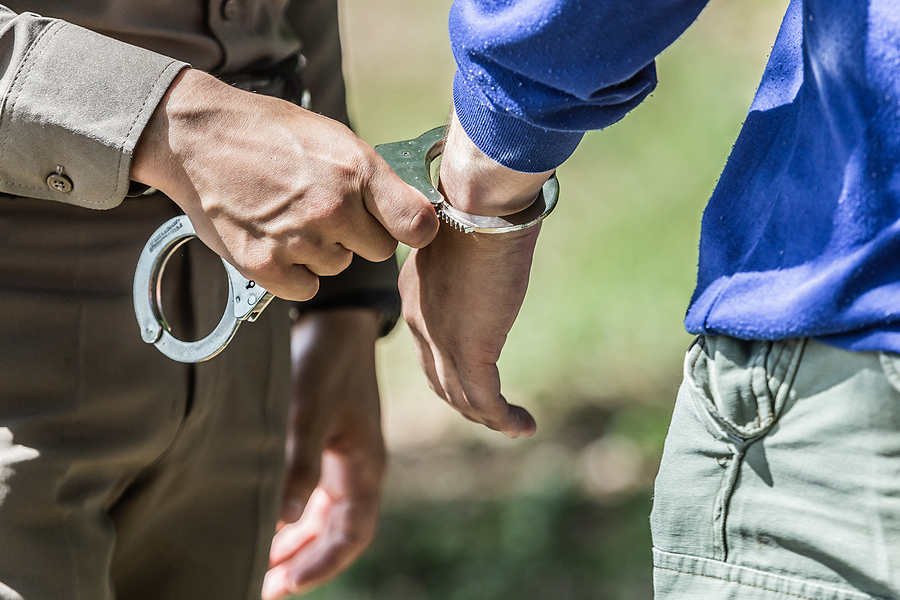 Under the California Penal Code Section 243.4, the penalties vary depending on whether the sexual assault is charged as a misdemeanor or a felony.

A conviction for a misdemeanor sexual assault results in up to six months jail sentence and a fine of up to $2,000. However, if the victim is an employee of the accused, then the fine increases to $3,000 while the possible jail sentence remains at six months. A misdemeanor sexual battery conviction also carries either informal court probation for up to five years, which may require rehabilitation or community service, and a requirement to register as a sex offender.

If the sexual battery included aggravating factors, the judge could elevate it to a felony offense where the punishment consists of:

The sentences are referred to as wobblers because they wobble between either being a misdemeanor or a felony. If the prosecutor decides that prosecuting the accused with a misdemeanor charge is appropriate under the circumstances, they cannot go to prison. Only people convicted of felony offenses are sent to state prison.

What Does the Prosecutor Have to Prove For a Conviction?

To obtain a conviction of sexual battery under penal code 243.4, the prosecutor must prove all the elements of the crime:

Sexual battery defines objectionable misconduct, but since the misconduct and its harm fall at the lower end full spectrum of sex crimes, the jurors and judges may be more willing to acknowledge any reasonable doubt in the evidence that the accused committed the crime.

Defenses Against A Sexual Battery or Assault Charges

Sexual crimes are taken very seriously by the law in California. That’s why it’s vital to contact a defense attorney who can closely review the details of your case and plan the best strategy.

If accused of sexual assault or battery, there are several defense strategies to achieve the best possible outcome. Aggressive legal representation can successfully defend against battery charges when the evidence has room for reasonable doubt.

Sex crime charges can be difficult to prove, given you directly oppose the testimony as to what happened. And because the crimes are also specific intent crimes, the prosecutor must prove the defendant’s criminal intent. That proof relies upon circumstantial evidence that the defendant’s own testimony or other circumstance may contradict.

Depending on the details of your case, there are some possible arguments that your lawyer can make in your defense, including:

There are several cases where someone lies about being sexually assaulted. This is particularly possible since a sexual assault or battery charge does not necessarily require proof of lasting injuries.

False allegations can happen for many reasons, such as:

Unfortunately, false accusations of sexual crimes are not uncommon in California.

If you have been falsely accused of sexual assault, contact our office at Silver Law Firm immediately. We understand the impact and can discuss the options available for proving your innocence.

If there is little to no evidence that can show the sexual assault, the prosecution will have a weak case resulting in reduced charges or complete dismissal in the case against you.

Talk to a Defense Attorney at Silver Law Firm

Facing sexual battery or assault charges, or other sexual misconduct can be devastating. You may also feel helpless, especially facing a state prosecutor alone. It’s crucial that you have a legal expert to support and discuss your case. Attorney Eliot Silver is a top-rated defense lawyer with years of experience in knowing whether a good defense or plea deal is possible and can review your case for possible defenses if it goes to trial.

Contact Silver Law Firm today to assess your case with an experienced and skilled Oakland defense lawyer. Call us at (510) 995-0000.