California has several laws that protect individuals from criminal liability due to their self-defense actions. These laws are known as the Castle Doctrine or Stand Your Ground Laws.

The Castle Doctrine is a legal doctrine that protects the right of a homeowner to use deadly force to defend their home against an intruder. It was first passed in Florida in 2005 and then expanded to California through legislation.

Castle Doctrine allows homeowners who are attacked by an intruder on their property the right to use deadly force against them without fear of being charged with murder if they kill their attacker. As you read about Castle Law in California, remember that a criminal defense lawyer can help you with deadly force and lethal weapon charges.

Contact us at Silver Law Firm if you face deadly force and lethal weapon charges at (510) 995-0000 to discuss your case and get expert legal advice from an experienced defense lawyer.

What Is the Castle Doctrine?

The Castle Doctrine is a set of statutes that gives Californians the power to protect themselves, loved ones, and property from harmful intruders without the duty to retreat from danger. The law asserts that your residence is your castle, from the English common law that says “A Man’s Home is His Castle,” and you have the right to use force reasonably to protect your home and its inhabitants.

You may legally use all sorts of force to protect yourself, your property, and the inhabitants, including lethal force. However, the type of force should be within reason.

What the Law Says about Castle Doctrine

“Any person using force intended or likely to cause death or great bodily injury within his or her residence shall be presumed to have held a reasonable fear of imminent peril of death or great bodily injury to self, family, or a member of the household when that force is used against another person, not a member of the family or household, who unlawfully and forcibly enters or has unlawfully and forcibly entered the residence and the person using the force knew or had reason to believe that an unlawful and forcible entry occurred.”

In California, the law says you have the right to use whatever reasonable force to defend yourself or another person from imminent danger. This includes deadly force if you believe it is necessary. The castle doctrine law also applies in your home.

The castle doctrine differs from the use of force and a defense one can raise in a trial for a criminal offense. The California law goes a step ahead to allow the use of deadly weapons inside one’s premises that would be otherwise illegal outside the property.

A homeowner has the right to ‘stand their ground,’ resulting in any defense, even where a safe retreat was possible. The law does not expect you to retreat from an intruder if you feel threatened, despite the available options.

Presumptions are codes that automatically apply unless the State proves otherwise. According to California law, you are presumed to act reasonably under the circumstances if someone tries to enter your property without permission and:

A legal presumption means that the criminal case prosecutor must prove that you did not have a reasonable fear of imminent peril of death when acting in self-defense against the intruder for your actions to be considered a crime. You enjoy the benefit of the doubt, and if the prosecutor cannot prove against the presumptions, the death of the intruder (if your actions bring death) may be deemed a justifiable homicide.

To obtain a judgment against you, the person filing it must show that they have been threatened with “imminent peril.” This is different from the traditional criminal law concept of “imminence,” which refers to whether or not there was enough time for escape or defense.

Castle Doctrine and Self Defense

The California Castle Doctrine only applies to intrusion on personal premises. However, some distinctions extend additional protections to incidents inside your home and in public. In cases where the defendant uses force for self-defense outside their premises, the law might consider that the defendant had a reasonable belief that they were in imminent danger.  If in imminent danger, the defendant can be reasonably prompted to use force as a necessity and only use enough reasonable force for self-defense.

Second, a prosecutor can overcome the legal presumptions with tangible if the defendant is entitled to an instruction under California Penal Code § 198.5. Therefore, the prosecutor must prove that the defendant did not have a reasonable fear of imminent death or injury to themselves or a household member when they used force against the intruder; if the case does not meet one of the Castle doctrines.

The Castle Doctrine recognizes the presumption of fear of death or significant bodily injury only when the intruder enters the defendant’s residence. The law looks at the word ‘enter’ objectively, meaning the statutes under the Castle Doctrines do not extend beyond the physical walls of the home. If the intruder remains outside the defendant’s premises but does not enter or attempt to enter the premises, then the statutes will not apply.

The unenclosed front porch is not a residence under California’s Castle Doctrine. Even if an intruder came to the front porch with violent intentions, the castle statutes would not apply because the intruder has not yet tried to enter the home. If the homeowner injured or killed the intruder on the porch, legal presumptions on Castle Doctrines will not apply. The defendant can only rely on common self-defense grounds to justify any use on the intruder.

In the case of evidence of an unlawful and forcible presence of an intruder in external parts of a defendant’s property, the law will not determine the case under the Castle Doctrines. A residential occupant does not have a reasonable expectation of protection from unauthorized intrusion onto the property with or without evidence of violence and safety-threatening activities. The entry does not entitle the defendant to any instruction based on section 198.5. Only standard self-defense policies apply in such a scenario. 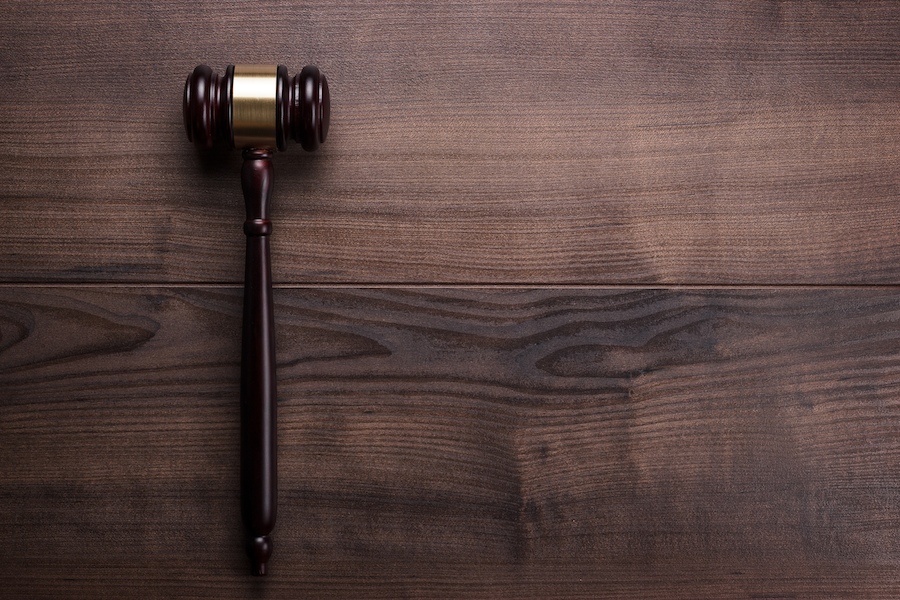 California is a stand-your-ground state, which means that a citizen has the right to defend themselves through force when they reasonably believe they are in imminent danger of physical harm. However, the degree of force should be reasonable.

Self-defense or defense of others can be used as a legal defense against many criminal offenses, including:

In this defense, you can admit that you broke the law but that it was justifiable under the circumstances. You can use self-defense when defending yourself, a loved one, or your property, within reasonable force limits.

The Castle Doctrine are statutes that cater to self-defense inside your premises. Under the doctrine, you have the right to:

A defendant can justify self-defense under California state law if you:

A person is allowed to use deadly force in Castle Doctrine and self-defense under certain conditions, including:

The force, however, must be reasonable compared to what a reasonable person in the same situation would believe is necessary to make the trespasser leave. If the intruder resists, the occupant has the freedom to increase the force relative to the force the intruder uses and the danger the intruder poses to the property and its occupants.

What is the difference between the Stand your Ground laws and the Castle Doctrine?

The castle doctrine is a doctrine of self-defense law that says you can legally use force, including deadly force where necessary, to defend yourself from hostile intruders at home. Stand your ground doctrines contrast with the Castle Doctrine since they are laws on self-defense regardless of your location. The stand your ground doctrine states that you can use deadly force where necessary to defend yourself at home and outside without a legal duty to try to retreat from the danger.

Where the Castle Doctrine is limited to within your home, stand your ground laws allow you to protect yourself, loved ones, and property wherever you are. You are not expected to retreat from danger if you have a reasonable belief that:

If an altercation between a violent intruder and you leads to death, it is justifiable as self-defense under the Castle Doctrine defense or a stand-your-ground defense.

Talk to a Defense Attorney at Silver Law Firm

However, as a California resident and lethal weapon owner, you should be comforted that the law asserts your home as your castle and gives you all the rights to guard it and its occupants in all means possible. The law protects you if you use force to protect yourself, your home, and your loved ones from dangerous intruders. Always remember that the defense force you use should be proportional to the threat.

If you have questions regarding gun laws or your rights, Silver Law Firm, a top-rated law firm with an outstanding record of attorney-client relationships, is here to help you. We offer legal information on this website and personal consultation. Attorney Eliot Silver is a top-rated criminal defense attorney with years of experience in knowing whether a good defense or plea deal is possible and can review your case for possible defenses if it goes to trial.

Contact Silver Law Firm today to assess your case with an experienced and skilled Oakland defense lawyer. Call us at (510) 995-0000 and book a free consultation for proper legal advice.