If you’ve been charged with assault in Oakland, Dublin, or another city in Alameda County, you may have questions about assault felony laws in California. That’s understandable. The good news is that assault is almost never a felony – but battery can be. Let’s examine the differences and why it’s important to have an Alameda county assault attorney by your side if you’ve been charged with assault or battery in or near Oakland.

Even though the terms “assault” and “battery” usually go hand-in-hand, in Alameda County – and in California – the two are completely different crimes. In a nutshell, assault is trying to use force to injure someone, and battery is actually using force against the other person.

For an assault to occur, the person has to purposefully do something that they know will likely injure someone else. For example, if Audrey and Jennifer are arguing over whether Jennifer is having an affair with Audrey’s boyfriend and Audrey accidentally bumps Jennifer, that’s not a crime. But if Audrey tries to shove Jennifer against the wall, then that can be charged as assault. Audrey purposely tried to shove Jennifer and knew that slamming her against the wall could result in an injury. Even though Jennifer ducked and walked away unscathed, Audrey could still be charged with assault.

With assault, actions and intent matter. If Joe sneers at Adam and says, “You make me want to smash my fist into your face,” that’s not assault. But If Joe also pulls back his fist and takes a swing at Adam, then that can be assault – even if Adam jumps out of the way so that Joe’s punch doesn’t connect.

Assault as a Misdemeanor

Under California law, crimes are divided into infractions, misdemeanors, and felonies. Assault is almost always treated as a misdemeanor. The penalties for misdemeanor assault, however, can shift depending upon the victim. A typical misdemeanor assault conviction can mean a fine of up to $1,000, up to six months in jail, or both a fine and jail time. However, an Oakland, Dublin, or other Alameda County assault conviction can carry a fine of up to $2,000 and a jail sentence of up to one year if the person assaulted is:

That same penalty – up to one year in jail and a fine of up to $2,000 – can also be handed down if the assault happened in certain types of places, including:

Assault as a Felony 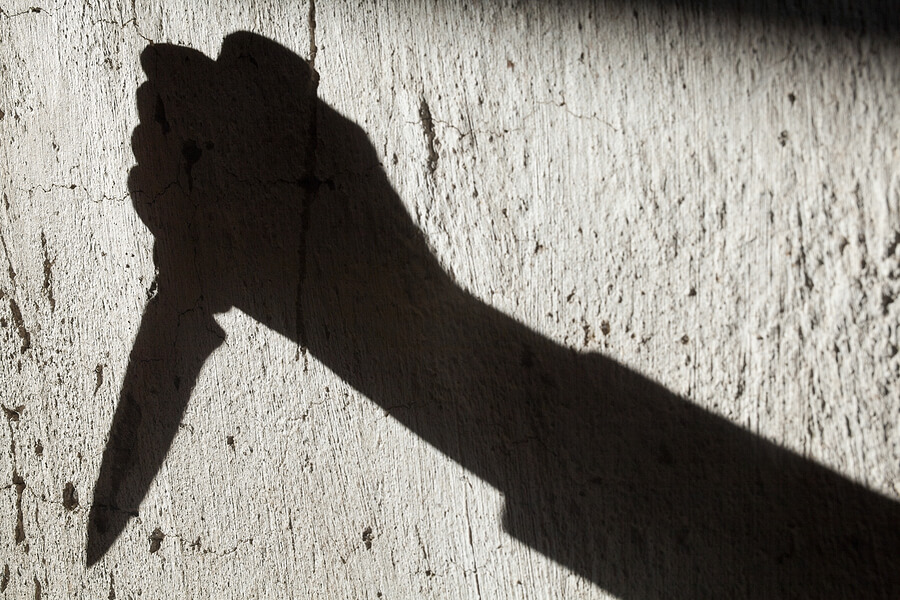 While assault is charged as a misdemeanor in the vast majority of cases, there are assault felony laws in California. More accurately, some subsections of the California Penal Code treat assault as a “wobbler.” This means that the crime can be charged as either a misdemeanor or a felony.

One instance when assault is a wobbler is when the person assaulted is a custodial officer. A custodial officer is not a police officer, but rather someone who works as a correctional officer at a jail or prison, or who is responsible for security in courthouses, supervising a prisoner at a hospital, or transporting a prisoner. For example, if Jonathan is in jail and attempts to hit a correctional officer, he can be charged with either misdemeanor or felony assault. A misdemeanor conviction can result in up to one year in jail, while a felony conviction can lead to a jail term of 16 months, or two or three years.

Assault is also a wobbler when the person assaulted is a peace officer who works for a school district. For example, if Lisa throws a rock at a school resource officer because she doesn’t like the way he treats her daughter, then Lisa can be charged with either misdemeanor or felony assault.

Jurors also receive special consideration under assault laws in Dublin, Oakland, and other cities in Alameda County. For example, if Jerome tries to hit Donald, who is serving on a jury in Jerome’s brother’s case, then Jerome can be charged with either misdemeanor or felony assault.

If you or someone you love has been charged under felony assault laws in Alameda County, it’s imperative that you have a seasoned Bay Area criminal defense attorney at your side. Your Oakland criminal defense lawyer can help in a number of ways. They may, for example, convince the prosecutor to drop the charges from a felony to a misdemeanor – or to drop the charges altogether for lack of evidence.

If the case moves forward, your Dublin criminal defense attorney can present a variety of defenses against felony assault in California. They can seek to establish that you were acting in self-defense. They might argue that you were falsely accused by someone with a vendetta against you. They may assert that you didn’t intend or have the ability to use force against the other person. Even if your case goes to trial, your Alameda County criminal defense lawyer can work diligently to sow the seeds of doubt in the minds of jurors so that they return a favorable verdict.

Charges of assault are often combined with other types of Alameda County criminal charges. These include:

Battery: Battery takes assault one step further, in that the person charged is accused of knowingly and willfully using force against another person. In the example used above, if Audrey actually shoves Jennifer against the wall, Audrey can be charged with battery – even if Jennifer wasn’t actually injured. The same holds true if Joe connects when he takes a swing at Adam.

Battery can be charged as a misdemeanor, though there are also circumstances under which it can be a wobbler. For example, if the person harmed is a custodial officer, probation department employee, firefighter, EMT, process server, or traffic officer, then it’s a wobbler. A misdemeanor conviction can carry a fine of up to $2,000, a jail sentence of up to one year, or both. If the person is a peace officer, a bus driver, a taxicab driver, or a cable car driver, then the fine can go up to $10,000. If a serious injury results from the battery, then it’s also considered a wobbler. In any of these scenarios, a felony conviction on battery charges carries a jail sentence of 16 months, two years, or three years.

Assault with a Deadly Weapon: California law treats assault with a deadly weapon as a wobbler, so at times it’s charged as a misdemeanor and other times it’s charged as a felony. A deadly weapon can be a gun, a knife, or something fashioned into a weapon, like a screwdriver. For a misdemeanor, a conviction can mean up to a year in jail; for a felony, the punishment can be two, three, or four years in prison. A fine of $10,000 can be assessed for either a misdemeanor or a felony. Use of an assault rifle or a machine gun is a felony, and a conviction can lead to a prison sentence of four, eight, or twelve years. A conviction for using a semiautomatic firearm can mean three, six, or nine years in prison. Sentences can be even longer if the person assaulted is a peace officer or firefighter.

Getting Help from an Alameda County Criminal Attorney

Regardless of what crime you’re charged with, it’s imperative to get the assistance of Alameda County criminal defense attorney. Without the assistance of an Oakland criminal lawyer, you’re going to get lost in the shuffle. You won’t understand your options and you may even incriminate yourself.

In contrast, a Dublin, Berkeley, or Hayward criminal defense attorney can help guide you through every step of the legal process. For example, if you are brought in for questioning, your Dublin criminal lawyer can be at your side, ensuring that you don’t say anything that can harm your defense. Your attorney can also reach out to the district attorney’s office at the very earliest stages of your case in order to negotiate on your behalf.

Your Alameda County criminal defense lawyer may be able to convince the prosecutor that they don’t have enough evidence to bring charges against you, or may be able to negotiate a plea agreement to a lesser charge. For example, if you were involved in a ruckus outside of a bar, your attorney may argue that the person assaulted confused you with someone else who was on the scene, or that what you did was an accident. They could say that you acted in self-defense. If there’s no mistaking that you were there and that things got out of hand, your attorney could suggest to the district attorney that you may be willing to plead guilty to a misdemeanor charge of disturbing the peace in exchange for dropping the assault charge or the battery charge.

An assault charge isn’t something to be taken lightly – especially if it is one of several related charges. An experienced Alameda County criminal attorney can ensure that you are well-represented, and that you receive the best possible outcome for your case.