Homepage » About Us » Clayton T. Robertson 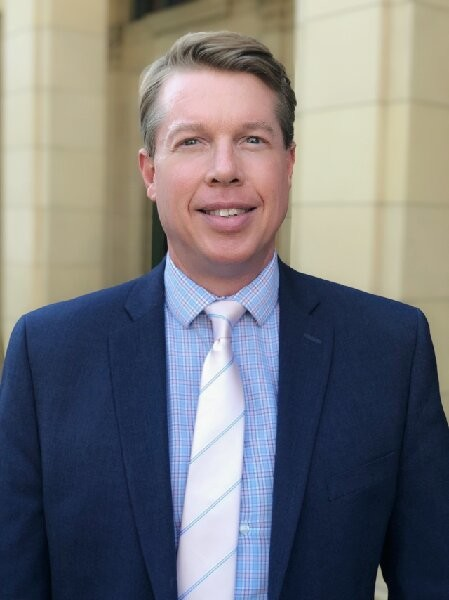 Clayton T. Robertson graduated from the UCLA School of Law, where he was trained as part of the school’s nationally-acclaimed trial advocacy program. After graduating from law school, he worked as a litigation attorney at a prestigious “big law” firm based in Los Angeles, California. He later served as a Deputy District Attorney and Deputy Public Defender, which makes him one of the few attorneys in the state to serve as both a prosecutor and as a criminal defense attorney. He has handled thousands of criminal cases and continues to fight for clients charged with misdemeanors and felonies, including serious and violent felonies and three-strikes cases. In addition, Mr. Robertson has extensive experience as a civil litigator. He leads the firm’s personal-injury practice and is passionate about fighting for his clients who have been harmed by the fault or negligence of others. His cases include wrongful death, medical malpractice, elder abuse, excessive force by law enforcement, vehicular negligence, premises liability, government torts, and many other case types. In both his criminal and civil cases, Mr. Robertson is known as a tenacious fighter who always has his client’s best interests in mind and will fight for you. Mr. Robertson graduated summa cum laude and Phi Beta Kappa with top honors from college. As an avid learner over the course of his life, he has earned four graduate degrees, including an MBA and JD (UCLA), an MA in Communications Management (USC), and an MA in Anthropology (UCLA).

< Back to About Us